The FED has been adding many new statistical series to its databases which are available to the public, and in particular it has started publishing economic statistics for China, presumably as reported by the PBoC (China's central bank).  It's true that one must treat such numbers with a bit of skepticism, but nevertheless, it doesn't hurt to take a look. 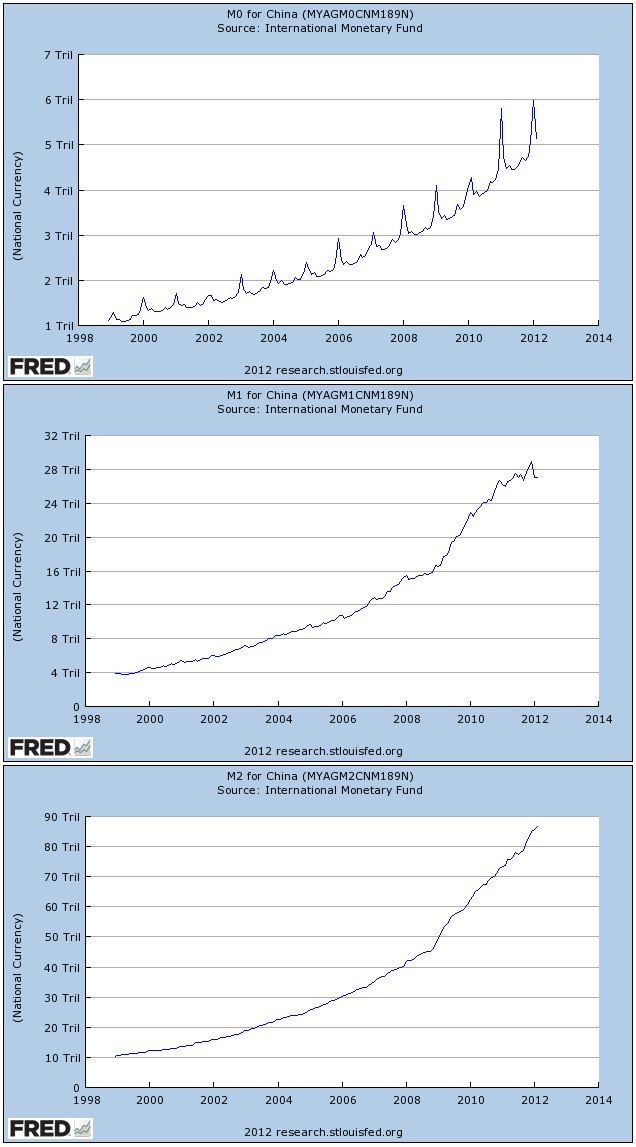 These don't reveal much to me, except that it appears that China has adopted a more or less Friedmanesque monetary policy of creating X% more money every year, regardless of what is going on in the economy.  If you are wondering what those little spikes in M0 are, it is probably paper currency being issued by the bank to meet demands for Spring Festival each year (a.k.a. Chinese New Year.)

I think that the discount rate and CPI are a bit more revealing: 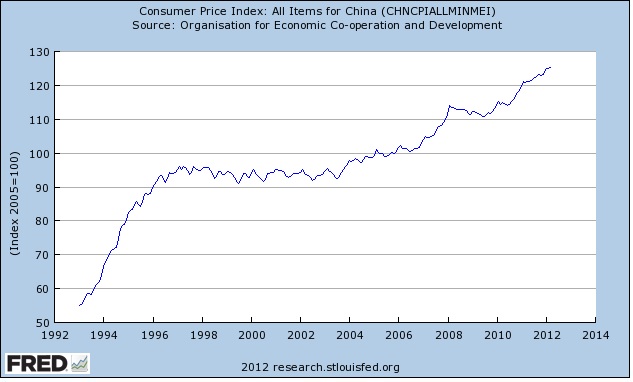 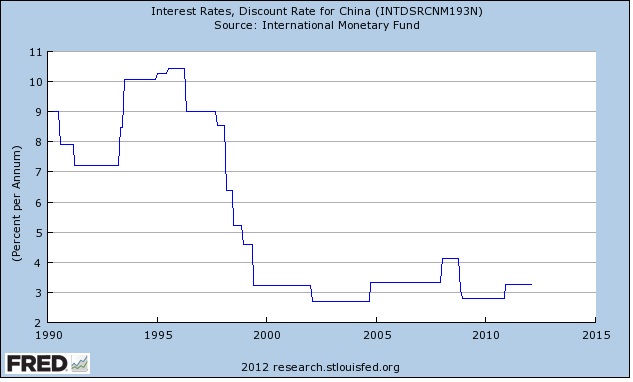 However, it appears that as the global recession of 2008 set in, the PBoC decided to ignore CPI and push rates back down to 3%.  So, apparently, the central bankers didn't care so much about price inflation, figuring that a global recession would help to staunch the effects of a loose monetary policy (at least as far as CPI is concerned!).  Either that, or they just blindly plowed ahead with the same policy that they always had, and do not target interest rates at all, which is what the M0, M1, and M2 data suggest.

Lastly, given the mercantilist tendencies of the Chinese government, I thought I would look at imports, exports, and the forex rate against the US dollar.

First, exports, imports, and the ratio of the two: 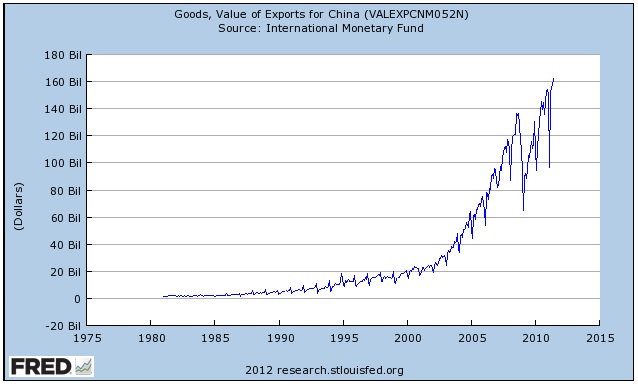 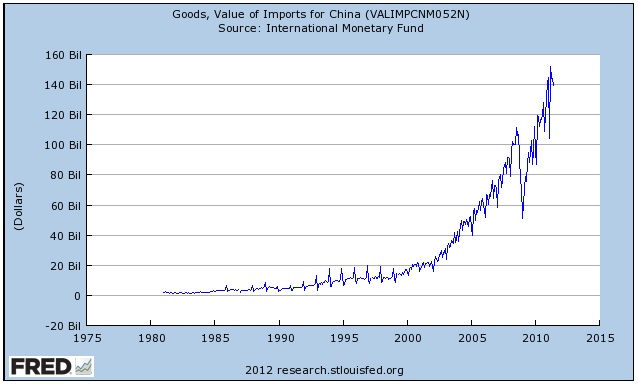 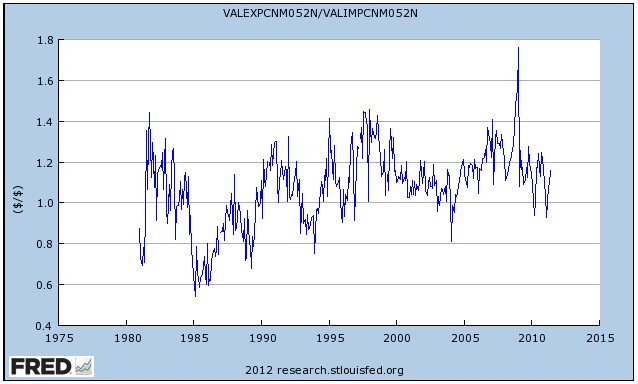 The most obvious feature of these graphs is the massive hit that trade took due to the 2008 recession.  It is also apparent that, while both exports and imports have recovered since, imports seem to have rebounded a bit more strongly, as reflected in the general decline in the ratio after 2008, from a surplus of exports over imports of about 25% to only about 5% today.

This is interesting for several reasons.  First, lately China has not been nearly as eager to purchase of US Treasuries as it has in the past.  Holdings have been basically flat for at least a year.  Secondly, oil has become quite expensive over this time frame, and China is a large importer of oil.  So, it appears that China is mostly able to balance the books without Treasury purchases, and is running a far less mercantilist policy than in the recent past.  In fact, I'm a bit surprised that the overall ratio is so low.  Yes, at times it appears that exports exceeded imports by 40% or so, with one very brief spike up past 60%, but on the whole it is neither systematic nor severe, averaging perhaps 20% since the beginning of the 1997 business cycle.

This rather tepid mercantilism is also reflected in the exchange rate: 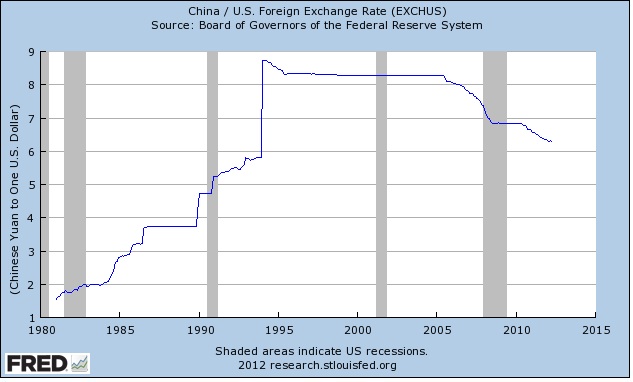 The yuan fell against the dollar from 1980 to 1995 (again, the beginning of that business cycle) and was flat until 2005 (again, nearing the end of that business cycle when CPI started to rise).  So, it would appear that the Chinese authorities saw a mercantilist policy as the solution to their problems in 1994-1995 and set up an export boom by engineering a fall in the currency and then fixing exchange rates.  But on the other hand, it appears that this policy has come to an end, and it is not yet apparent (at least to me) what is next.

So far, it appears that the plan is steady-as-she-goes inflation with less mercantilism.