The signs of out-and-out recession are finally back.  Of course, most of us with any sense know that we have been in a recession the whole time and there was never any real recovery, but the papering over is now wearing thin and the ugly truth is starting to show through.

Everyone has probably noticed that stock prices are down -- 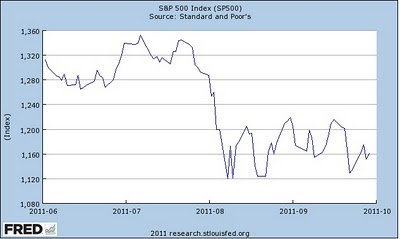 Chinese markets are really getting hammered -- 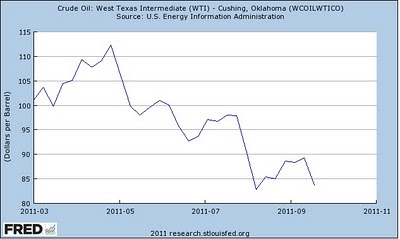 All as my new favorite indicator would have predicted -- 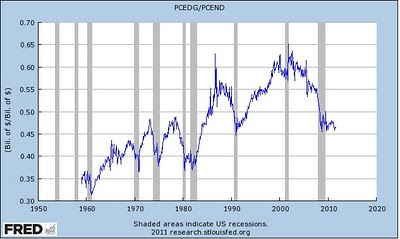 Is this deflation?  Hardly.  M1 has gone practically hyperbolic, with M2 not far behind -- 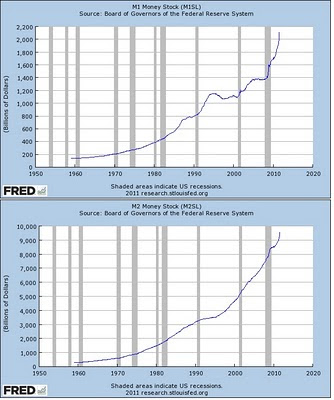 It is yet another correction of capital goods prices downwards, but don't expect consumer goods prices to fall much, if at all.  Unemployment has not yet taken off on another moonshot, but it tends to lag, and I would expect that within several months businesses will again be shedding jobs.

Headlines speak of fears of sovereign default in Europe.  What they should speak of is certainty.  Financial arrangements have gotten so distorted and snarled up by funny-money and the games of banking make-believe that the last thing they might be expected to reflect is reality.  But when finances don't reflect reality -- and people know it -- they have a tendency to stand on the sidelines and stare.  They don't know what to do, so they do nothing, and things simply get worse and worse.

Well, sometimes they riot, but that is not helpful.

The FED has chosen to respond with 'Operation Twist,' which is pretend inflation.  It will reduce its holdings of short term assets -- for which there is such overwhelming demand that so-called real interest rates have gone negative and a reduction FED in purchases will likely not be missed in the feeding frenzy -- and increase holdings of long term assets, pushing down long term rates and flattening the yield curve.  What effect do I expect this to have?  Not much.  A few borrowers who don't really need better credit terms will likely refinance, but there is simply no appetite outside of Washington for taking on more debt. Who besides a power-grubbing politician could love this business environment?  So, my guess is that nothing much will happen.  Without a serious liquidation that clarifies the direction in which the economy should develop, businesses are not going to stick their necks out with any substantial real investment.  The big fish will just stick to their Wall Street shell games.

The financial powers that be refuse to give up the game of pretend, and until they do, nobody will have the first clue what to do with himself.  Eventually, it will have to come to an end, but I don't expect that to be for a long time.